Why is Gaming All the Rage and What Does it Mean to My Student? Part 1 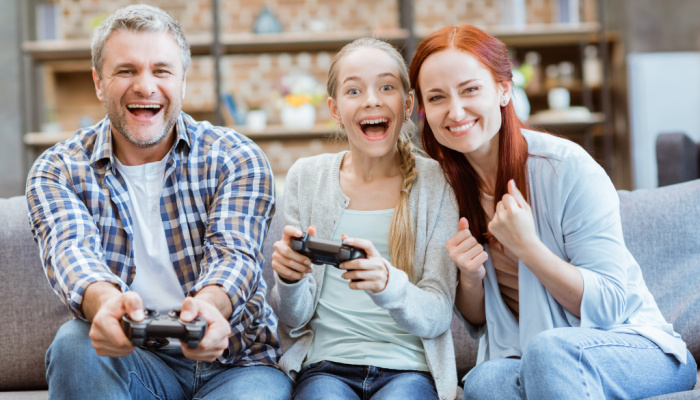 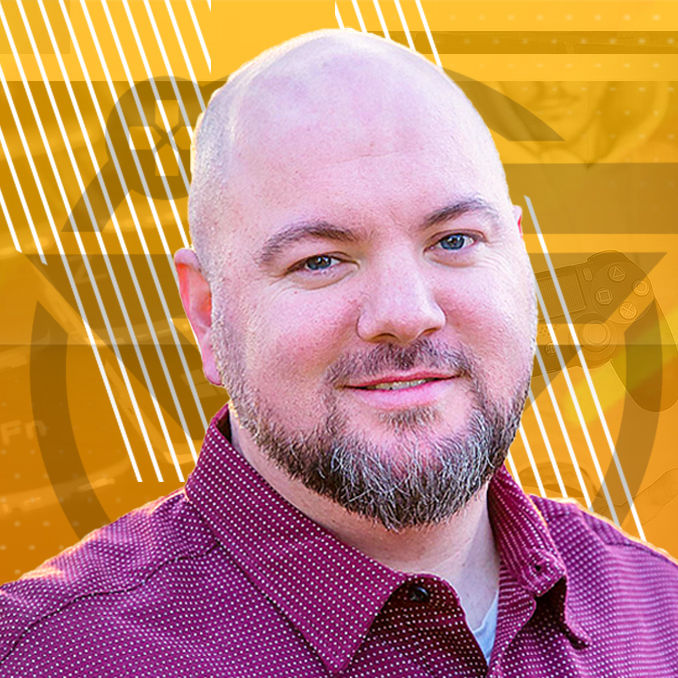 Bubba Gaeddert currently is the Executive Director of the Varsity Esports Foundation, an Esports Ambassador with D&H Distributing, and has been an adjunct professor in higher ed since 2013.

Bubba has worked in the non-profit and traditional sports industry for 20 years with the YMCA, NCAA, NAIA, Parks and Recs, Sports Commissions, and the Chamber of Commerce. He has been a gamer and self-proclaimed NERD ever since he was a kid when his dad managed Radio Shacks in Oklahoma.

He now works to educate businesses, organizations, and schools about being proactive around the foundation’s initiatives and providing a pathway to provide STEM education through gaming and esports clubs in schools.

Who are today’s gamers?

There are more than 2.7 billion gamers in the world today. Almost 35% of the world’s population are gamers, this even includes even seniors who play Candy Crush and Words with Friends. North America is only 7% of the total amount of the world’s gamers. 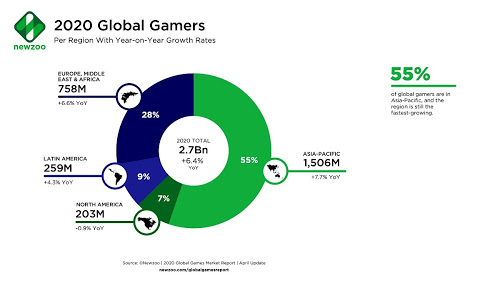 You may think most gamers are kids or 30-year-olds who live in their mom’s basement. Actually, the average age of a video game player in the U.S. is between 35 and 44 years old, but living in the basement is an old stereotype that really doesn’t fit that perpetuated misnomer. Gamers are adults who connect with friends and build relationships. In fact, 64% of U.S. adults are gamers, and 41% of players are women. Gaming is becoming more mainstream than ever, but the numbers also tell us how vital video games have become to our mental health and peace of mind. 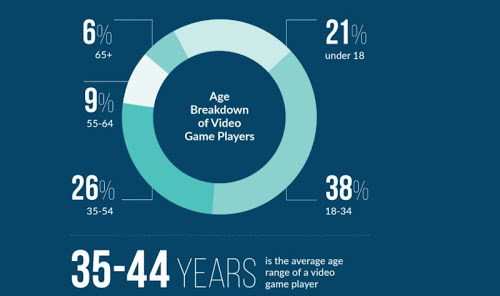 If we drill down further, almost all teens in the U.S. who are 12 to 17 years old play video games. According to the PEW Research Center: Fully 99% of boys and 94% of girls play video games. Younger teen boys are the most likely to play games, followed by younger girls and older boys. Older girls are the least “enthusiastic” players of video games, though more than half of them play. Some 65% of daily gamers are male; 35% are female.

What about the economics of gaming? 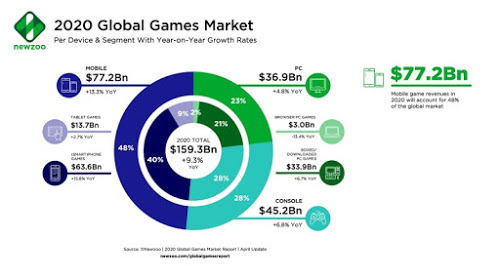 Gaming on mobile, console and PC is a $160-billion industry worldwide. By 2023, the game market will surpass $200 billion. Mobile gaming is almost half of all gaming due to access to phones across all regions in the world. Console leads over PC due to the lower cost of a console averaging $300-600 with easier-to-use controllers and more entry-level games, while PC gaming can be more expensive with an average cost of $700-2,000 depending on your desire to have better speed and graphics.

What about the entertainment value?

Gaming offers the least expensive entertainment. In a recent study, the quantified cost per hour of various forms of entertainment was researched. The average cost per hour for gaming services is much cheaper than the cost of a book and even more competitive relative to the cost of entertainment giants Netflix and Spotify. Traditional gaming is a game you buy one time and play and then may buy the newer release like with the Call of Duty franchise compared to SaaS-like gaming, which are subscription-based games such as World of Warcraft that has monthly fees or even Fortnite and League of Legends which are free to download and play but have in-game cosmetic purchases.

The US video game industry accounts for nearly 429,000 jobs across all 50 states. Economic output and jobs could also be under-calculated based on what metrics are used and public data, however, esports and gaming careers are similar to traditional sports careers. The young women and men who comprise the esports world are more than the gamers. There are a number of different pathways and roles that must be filled for esports to continue to thrive! Organizations like Hitmarker list the available internships and jobs in the gaming and esports industry, as well as online gaming social networking platforms such as eFuse. 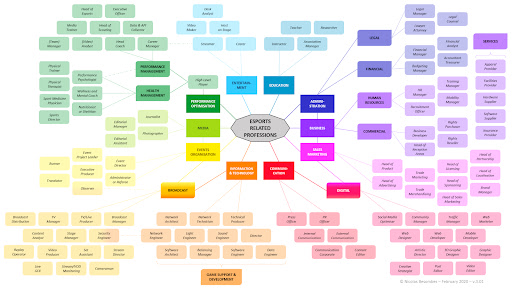 Where’s the money in esports? 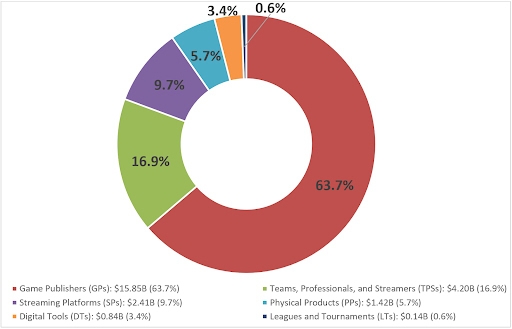 Well, the esports industry is calculated by a group of academic leaders to be valued at $24 billion dollars. The esports industry may be far larger and possibly more economically influential than previously reported, which in turn would explain the rise of esports in both the popular zeitgeist and investment communities.

Game publishers make up $15.85 billion (or 63.7%) of that larger number. Game publishers really hold the most power and money in the space as they are the creators of and license holders of a product that billions of people use. In-person and virtual esports tournaments contribute to $140 million of the overall yearly revenue.

Are esports audiences outpacing those who watch traditional sports? 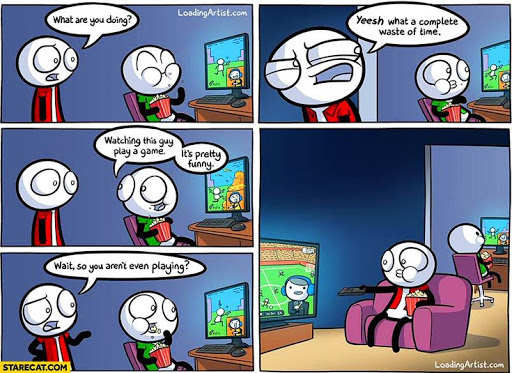 When it comes to viewership, more people watched one live esports event—the 2019 League of Legends World Finals in Paris with 137 million viewers—than the most-viewed Super Bowl in history. This was the 2015 Super Bowl between the Patriots and the Seahawks with 114 million viewers. Almost 28 billion hours of free online streaming were viewed in 2020 on Twitch, Facebook and Youtube. When your teenager is entertained by watching a famous streamer or “Youtuber” play a video game, they may also be learning how to get better at a game, building community, connecting with others, learning tips about streaming and branding building, or even how to make money themselves by playing. In contrast, most parents are watching sports alone—of a sports game they may never play again.

When we talk about our students being entertained by gaming and esports, already showing data that 97% of students play, we need to talk about the esports growth in schools.

In Part 2 of this blog, we’ll look at the numbers of students in esports in schools and higher education and answer the question: “What can I do to help my kid succeed in esports and why should I even want to?”

The Varsity Esports Foundation is a non-profit that strives to increase literacy around esports and how to be proactive with such initiatives as healthy lifestyles, curriculum, mental health, diversity and inclusion, toxicity, addictions, suicide prevention, internet safety, and belonging through STEM education and digital citizenship.

VEF was founded in 2017, when Bubba Gaeddert dove deep into the esports industry through streaming and marketing, coming to realize that students in disenfranchised low-income areas did not have the same access as students in the suburbs. With this realization, he partnered with many esports organizations to create this foundation.