The Art of Digital Storytelling in Gaming 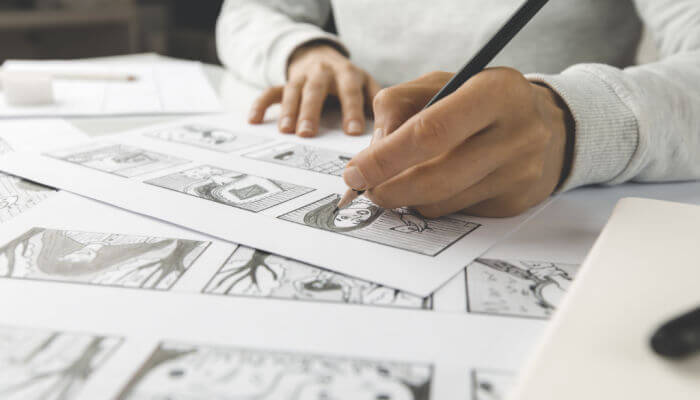 Storytelling is one of humankind’s oldest arts. It’s not so surprising, then, that this timeless tradition also exists in the digital realm. Complex characters, intriguing plots, emotional connection…they all contribute to the entertainment value of a video game. Along with incredible graphics and soundtracks, a unique and gripping storyline can bring the experience of gaming to life.

While not every video game is story-heavy, there is a story in every game. Even sandbox games like Minecraft, where a player simply exists in a world and can do whatever they want, have story elements that make the game intriguing to players. There are backstories and lore within worlds that give players chances to experience dynamic gaming environments.

Expert digital storytelling can also create a suspension of disbelief, which allows players to fully immerse themselves into the game and the characters they’re playing. Unlike traditional books or movies, video games allow players to interact and have control over the choices and paths their characters take. You make it happen.

When it comes to piecing together your own storyline, take some cues from the experts. Look at the most engaging stories of the past (told, written, watched or played) and find a handful of critical elements that can take a tale from Tetris to The Last Of Us levels.

A narrative includes all the details of a storyline that make the game unique, including characters, dialogue, setting, plot and themes within the story.

A developer’s goal is to create a storyline that interests players and keeps them invested in the game. By continually introducing new themes and elements (such as characters, side quests or key objects) that keep the story moving, a player will see the plot unravel as they progress further into the game.

There’s an emotional element to narratives, too, which impacts how a player will react to a storyline. If your game is about a soldier grieving after losing his family in an unjust war, players may have a more sympathetic engagement with the story. On the other hand, if the game is about a woman trapped on a spaceship with aliens attacking her, players may be more on edge and alert.

It’s also important to make sure the pacing of the game matches the narrative. It is possible to overwhelm or confuse players by providing either sparse or excessive information in the beginning. A writer doesn’t want players to reach the climax of the game too soon or too late in the story, so consider using tools like dialogue and action sequences to keep the story moving at planned speed.

Video games have the ability to include players as an integral part of a story, allowing them to choose their own role and make unique decisions.

One way to fully immerse a player is by incorporating opportunities for choice into the storyline. Giving players options for what to say, what road to take, or which character to side with in conflict will offer more freedom and heighten their feeling of importance within the game.

You can also choose to create a storyline that involves a shared experience of the characters. Let players switch from one character to another, and have the chance to play from more than one point of view. By providing this, you can give players intimate knowledge of all the characters, and connect with those who otherside might just be an NPC.

A good example of this can be seen in the game Fahrenheit: Indigo Prophecy. Players can play from the view of Lucas Kane, a man supernaturally possessed into committing murder, or the two New York City police detectives — Carla Valenti and Tyler Miles — who pursue him. Players get to engage on all sides, and gain better understanding of motives, strengths and challenges within the storyline.

Good storytelling can help bridge the divide between games and real life. If done well, it can give players the ability to step into the shoes of a character and experience their world in fresh and meaningful ways.

Every gamer has a game that is special to them.

It might be one that impacted them on an emotional level, occupied their thoughts for years after they finished it or brings back fond (or sometimes frustrating) memories of when they played it. Or maybe it’s a game they can’t bear to finish because they don’t want it to end. These deep and impactful experiences stick with players.

So how does a writer create a story with memorable impact?

It starts with imagination and inspired experiences, and sometimes even a resistance to brush away “crazy” ideas. Think about Yoshi’s egg-popping powers, or Ganon’s minotaur boar-headed form. Remember, one of the most impactful video games in the world is about an anthropomorphic blue hedgehog who battles an evil doctor named Eggman. Case in point.

Get Schooled in Digital Storytelling

The art of digital storytelling is dynamic and complex, and it can take time to learn and perfect the elements. When it comes to honing your own creative writing abilities, there are many opportunities to gain experience and knowledge at college and university programs across the country.

If you’re interested in learning more about storytelling concentrations in gaming and arts programs, make sure to check out our Featured Listings page. These schools are ready to tell you all about their classes, projects and opportunities for focusing on the art of excellent storytelling in video game design.