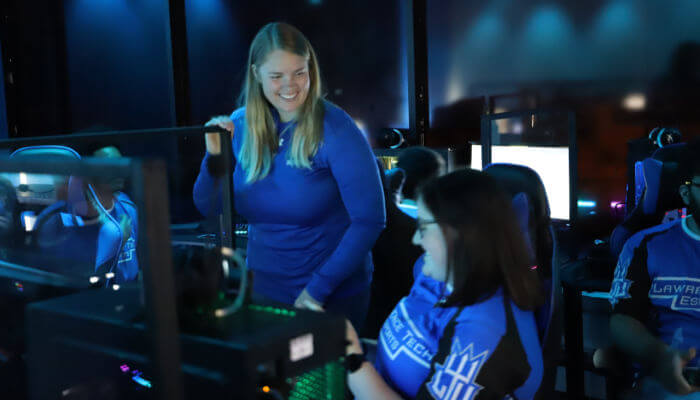 Thanks to the team at Lawrence Technological University for sharing this interview with their new esports coach. For more info about esports and game design at LTU, visit their profile here. 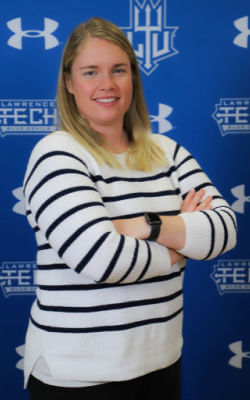 Coach Danielle Sirekis is the head esports coach at Lawrence Technological University in Southfield, Michigan. She joined Lawrence Tech in the fall of 2020, after the school established its first competitive esports team.

“It feels amazing to represent the university,” says Coach Danielle, whose favorite game growing up was Super Mario RPG Legend of the Seven Stars. “I think it’s amazing that these students are able to do something they love and be recognized for it.”

In this Q&A, Coach Danielle talks about her goals for the team, what it takes to compete and more.

Q: What are your goals for the team?

A: We want to have a successful first year. Successful—in that we keep our grades up and make sure we balance the sport with a good class schedule. Many of my athletes are first-timers to competitive sports, which means they are transitioning from casual gamer to esports competitor. Since casual gaming and competitive gaming are two different things, it’s important to make sure the sessions are productive and that we don’t play just for fun. I also have a group of students who are multi-sport athletes, so learning how to navigate numerous activities, as challenging as that can be, is also important. The goal for the team is to find out what works and doesn’t work for us in general, then change for the better.

Q: So far you have a great record. What’s your secret?

A: We are off to a better start than I could have predicted, and I honestly couldn’t be more proud of where we are. I think when you establish a brand-new team, you really don’t expect the team to grow and be successful at the same time. It just goes to show that there are many talented students on our campus, as well as many talented students who want to come to LTU.

Q: What does it take to get on the team?

A: Academics are number one at LTU—so good grades are key. In terms of gaming abilities, there are ranking systems within the games and I’m currently developing where to set the line. The first year, I had the goal of growth and I think we hit a home run there. In the second year, we want to improve on our rankings. If a student doesn’t fit within a ranking system to be a starter on the team, there are plenty of other ways students can contribute to the team’s success. 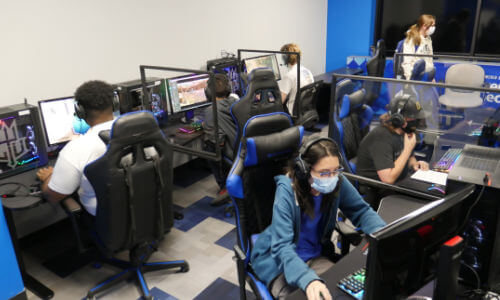 Q: Do students need experience to make it on the team?

A: I’d like them to have some competitive experience and/or experience with production. We have grown so quickly that I need to focus on improving the rank of the whole team. But it’s not a deal-breaker if they haven’t had competitive team experience because the pipeline of high school teams hasn’t been established yet.

Q: Are there scholarships?

A: Yes, we do provide scholarships! The same as many traditional sports.

Q: How is this team special?

A: This team is special because they are the first-ever on LTU’s campus. I told them that win or lose, they are making history. They are part of a program that never existed on LTU’s campus until now. Together, we are going to create a program that will exist after they leave, that they can be proud of. I want them to come back to Lawrence Tech as alumni and say, “I did that. I helped establish a successful program for years to come.”

Q: Is there anything else potential future team members need to know about LTU Esports?

A: That our team is just like any other hard-working team; they want to create the unbreakable bond that teams have. They also want to be taken seriously because they work really hard to be good at these games. If you are thinking of competing in esports at the college level, remember—you still need a balance of time away from games and time with studies. Grades are so important because that is what will get your foot into the door at a college.

You’ll up your game in the University’s new esports arena, which boasts custom-built gaming computers with high-end monitors, a coach’s station and a 4K big-screen TV for players to go over game results after a competition. Coach Danielle Sirekis seeks players of various skill levels and will coach players using software designed to analyze and improve performance.