Melody of the Machine: The Music of Video Games 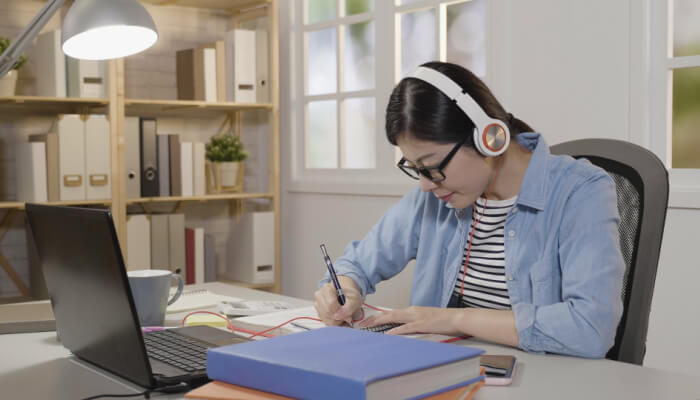 Thanks to Superjump, a video game magazine designed to honor the art and science behind the games they love, for allowing us to reprint this article by Andrew Johnston, a writer of fiction, documentarian, currently “stranded” in Asia.

I first encountered Where the Water Tastes Like Wine at the tail end of an Xbox Game Pass subscription, a quiet indie title nestled among flash-in-the-pan big-budget shooters and other games destined to be forgotten once the moment moved on. The style was alluring but the description offered precious few clues as to the nature of the gameplay, so I made it my final pick before letting the subscription lapse, just to dispel the mystery.

At a glimpse, one can tell that this is a game built for its narrative. The player — taking the role of a cursed wanderer — is tasked with gathering the stories of a bent and enchanted version of the early 20th century United States. The goal is to learn the true story behind sixteen nomadic figures, who must in turn be charmed into revealing their own secrets through storytelling sessions.

Key art for Where the Water Tastes Like Wine. Source: Game Freaks 365.

Where the Water Tastes Like Wine is a game that defies easy classification — the exploration resembles an adventure game with very light survival and simulation elements, while the storytelling sessions can be seen as puzzles or even highly unorthodox RPG battle sequences. These more experimental games are always an acquired taste, and despite some favorable press attention, it was far from a big hit.

But here, I’m deliberately overlooking the most memorable part of Where the Water Tastes Like Wine — its stunning soundtrack. With a soundscape that blends folk, blues, bluegrass, and indigenous influences, the game’s soundtrack captures the essential aesthetic of American music. “Heavy Hands,” an achingly beautiful folk duet that tells the story of an endless journey to a better life, was particularly influential for me. So important is the music to the feel of the title that I often felt like it was a game supporting the music, rather than the other way around.

Ryan Ike is the composer behind that title’s soundtrack. “I’d never written folk music before that game, never worked with that many amazing and varied performers on one soundtrack,” he says. “I’d barely even written that many songs with lyrics. But a thing a lot of composers in this industry have in common is saying ‘yes’ and then figuring it out as we go. It’s scary every time, but it’s also exciting.”

And the process that creates those tracks? “It’s also a lot about getting in the right headspace for the thing I’m writing. Is this track supposed to highlight the story or complement the gameplay? What do I want the player to be feeling when they hear this? Should this track stand out, or is it something I don’t even want the player fully paying attention to?”

That last comment is an interesting one. Continuous gameplay music — “background music,” or BGM as I’ll call it — has a bit of history. As with many other things that seem like common sense now, somebody had to come up with the idea first.

The earliest arcade and computer games were music-free. They would include sound effects, of course, and many of them had some sort of jingle at the start of a game, but beyond that, they were largely silent experiences. For the games of that era, music was something that, for practical reasons, couldn’t be included as a key element. There was little point in putting together a soundtrack that would be lost to the din of a crowded arcade, or crunched and mangled by a primitive sound processor, or omitted entirely if played on a system lacking sound capabilities.

The 1978 Taito arcade hit Space Invaders is widely acknowledged as the first game to feature music. The BGM in Space Invaders is about as rudimentary as one can get while still technically being “music” — four tones (roughly C#, B, A, G#) in a simulation of a descending bass line that loops indefinitely. However, the developers added one additional wrinkle: Flexible tempo. The four notes always match the movement speed of the aliens, so as the enemies quicken their pace, the music keeps up, adding to the tension.

This established a trend that would become more important as electronic games grew more complex. BGM can be used to dictate the feel of a moment — much as it does in a film — but it can also give information to the player. Developers have used this in a variety of ways, switching or altering tracks to indicate time pressure or the arrival of a new threat.

A favorite example of this is the climax of Metal Gear Solid 3, which features a duel set to a timer that is not shown to the player. Rather, it is the music that suggests the timer — the fight begins in silence, with an orchestral track fading in after a few minutes which is joined by a vocal track when only a few minutes remain. This is the game’s theme, something the player will be familiar with — and if it reaches its final crescendo, it is game over.

Ike acknowledges this as part of the challenge in developing music for games. “If they’re in combat, how well is it going? If they’re exploring an area, are there enemies nearby, or friendly NPCs? Are they close to solving this puzzle, and what should it sound like when they do? You need to write music capable of adapting to what the player is doing, while hopefully still making something that people would actually want to listen to on its own”.

I’ve heard it said that composing music for film is a thankless job. After all, a great score can’t save a bad film, and a bad score won’t ruin a great film. One wonders if this isn’t even more true for video games; after all, films are rarely watched in silence. I’m certainly not the only person who puts the game on mute and plays something else — music, an audiobook, a movie — in the background.

But there’s a factor that hinders appreciation of BGM far more than this, and that’s accessibility. Film soundtracks are released separately from the film and can go on to become big hits on their own, with the most successful ranking among the best-selling albums of all time. By contrast, video game music was seldom available separate from the game itself. There were exceptions to this — for example, Nintendo sold music CDs for some of their games via Nintendo Power — but for the most part, the music ended with the removal of the cartridge.

There’s been a shift on this in recent years, a new appreciation for BGM brought about by technological and cultural changes. If a particular track stands out, consumers can easily find that track to enjoy and share on their own terms. Many developers, proud of their BGM, will offer a complete download of the soundtrack as a bonus along with the game itself. Sometimes this can even be an anticipated event, as with Konami’s massive upcoming Castlevania series OST box set.

Of course, a true aficionado won’t be satisfied with mere digital sounds, and this is where Data Discs enters the scene. The London-based company specializes in video game music on LP, offering full soundtracks on audiophile-grade vinyl. Soundtracks on offer include Shenmue, Alien Soldier, Altered Beast, and the Streets of Rage series, all officially licensed from the original companies. Per the site, the goal is to “release soundtracks that work as standalone pieces; albums that can be enjoyed by casual listeners as well as game fans, and showcase the creativity and ingenuity of the people behind them.”

When you’ve reached a point that there’s demand for your work on a limited edition LP, you know you’ve made it.

“I think one of the coolest things creatives can do (with permission where possible, of course) is put their own spin on another artist’s work,” says Ike. “And people love to hear the music they know presented in a new or interesting way; there’s a reason why sites like OC Remix have huge fanbases.”

I couldn’t agree more. In high school and college, I had a minor obsession with OCR. I discovered it early enough that I could watch the scene evolve from a mere novelty into a bonafide creative force. This led me to, perhaps, the geekiest thing I’ve ever done: Burning BGM remix CDs for easy listening in the car, nearly a dozen of them, not just random collections of tracks but themed and even concept albums.

What speaks most to the vitality of the remix community is the crossover between that community and the world of official video game music. There are remixers who go on to become professional composers; there are professional composers who dabble in remixing. There’s Andrew “zircon” Aversa, known for his work on titles like Tangledeep and Crypt of the Necrodancer, who got his start as a remixer and judge on OCR. Then there are the composers who have remixed their own work, including George Sanger of 7th Guest fame and the prolific composer Jake Kaufman known for, among other things, his work on the Shantae series.

Maybe the most interesting examples can be found in the works of Materia Collective, a music rights firm specializing in composers of BGM. Page through their catalog and you’ll find a mixture of original music and remix albums, often with familiar names appearing throughout. Ryan Ike is just one of many contributors to Successor, a Final Fantasy VIII remix album that is among their largest projects. Take a minute to scroll through the credits — it’s a who’s who of composers, producers, and musicians in the video game space.

Perhaps this is another sign that video game music is, indeed, being appreciated outside of the games. The fact that people are so eager to interpret these tracks suggests that they have become classics in their own right.

It’s likely that for most people, BGM will remain just a small part of the overall video game experience. This isn’t to say that it’s dispensable, though. Maybe a wonderful soundtrack can’t save a doomed game, but there will always be great games in which part of the greatness is a soundtrack that one remembers years after putting the game away.

For all the time commentators spent rambling about graphics, it’s worth remembering that music and sound have evolved just as much. From rudimentary sequences of electronic blips to sweeping tracks performed by actual orchestras and mastered at Redbook quality, BGM has grown with the medium and the industry. And mixed in there are composers and producers who have created tunes that are as catchy, popular, and even influential as any pop song of the moment.

So take a moment to appreciate that overworld theme, that battle music, that attract screen jingle — both for the work itself and the effort that went into it. As for me, I’m going to give “Heavy Hands” another really close listen.