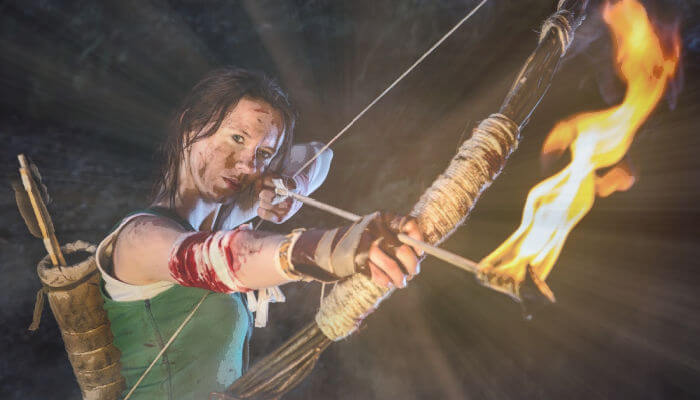 Imagine you’re playing a video game with great graphics, a beautiful soundtrack, and the most realistic concept art you’ve ever seen…but no characters. Although it’s possible for such a game to exist, a video game without characters would be like a user manual without pictures. It makes it hard for a player to be fully immersed into the story.

Characters let players see and experience an entire new world and storyline through their eyes, which is why character development is one of the most important aspects of video game design.

A good character can make or break a game, and leave a lasting impact on players, or even the world. Just look at the legacies of Link, Mario and Geralt of Rivia, as examples.

The good news is, creating incredible video game characters can be done by anyone! Below are six tips to get you started on crafting a dynamic character that will help bring your game to life.

1. Give Your Character a Goal

Whether you are designing a game that takes place in the middle of a zombie apocalypse or a county fair, your character needs to have a goal. Give them a reason to exist inside the game. Even if the goal is something simple, such as picking all the vegetables in the garden before sundown, it’s important for your character to want to achieve this goal despite the obstacles that may stand in their way.

The more obstacles that lie between your character and their goals, the more interesting the game gets. Your character can have more than one goal, or change goals throughout the game, as long as they have something they’re striving to accomplish.

A compelling backstory helps players want to learn more about your character and their journey throughout the game. A good example of this is God of War, where the titular character Kratos was tricked into killing his family by his former master, the Greek God of War Ares. Though this is only shown as a flashback, Kratos’s intense anger and remorse for what he did in his past adds depth to his character and meaningful purpose for achieving his goals.

Not every backstory has to be dark and gritty like Kratos’s, but outlining where your character comes from and the events that impacted their life can help a player connect with your character and even become empathetic toward their motives.

Everyone has a unique personality, and your characters should, too. This is where you get to add quirks, hobbies, likes and dislikes to your characters to make them different from others.

It’s important to explore all types of relationships with your character and decide where they’ll have positive or negative interactions with others around them.

5. Establish Your Character’s Strengths and Weaknesses

Let’s face it, a completely flawless character would be boring.

There would be no tension or conflict with other characters, and if your character is perfect at everything, what’s the point of playing? The risk of your character failing raises the stakes of the game, and without that risk, a lot of appeal is lost.

Just like in real life, everyone has their own strengths and weaknesses, and your character is no different. Let your character have weaknesses and areas where they might fail, but also give them strengths and chances to succeed. Doing this will add more complexity to your character, and can provide ample tense and exciting situations for them to overcome in the game.

Regardless of whether this step comes first or last, having an image or description of your character’s physical appearance is key in bringing them to life. Your character’s appearance will be their most defining extrinsic trait, meaning that their design will be what players first see and remember when playing your game.

There are a lot of aspects to consider when constructing the physical appearance of your character, ranging from hair color to species to fashion style. Whatever you choose will be how your character is remembered and depicted in other media. Though it may seem like a daunting process, remember to have fun and play around with styles and colors, and remember to use the information you already have about your character to help inspire their outward appearance.

Take Your Video Game Characters to The Next Level

Character development for video games can be an intense job, but also extremely fun and rewarding. If you’re ready to level up your passion for design, there are lots of opportunities to gain experience and knowledge at colleges and universities across the country.

If you’re interested in learning more about the game design programs, make sure to check out our Featured Listings page for schools, programs, and classes that are ready to immerse you in the art of character design and development. Until then, have fun creating!